Economics: In Defense Of Driverless Cars 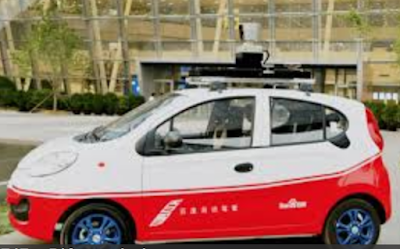 (Drivebycuriosity) - Driverless cars are under scrutiny. A woman got killed by a self-driving car. A video shows that the victim suddenly stepped into the way of the car. A human driver could not have reacted either and and wouldn`t have been able to avoid the accident. The missing human control didn´t change the event.

But it seems that the luddites are abusing the accident as an argument against driver-less cars.  I think they are mistaken and the world will be better with self-driving cars.  Car accidents - with human drivers - killed 37,461 people alone in the US in 2016 (usatoday). Do we prohibit cars? Do we prohibit human drivers? Machines have a shorter response time which would reduce this number significantly.

Self-driving will cause much fewer accidents. They don`t drink and drive, they don´t text while driving. Robots don`t drive aggressively, they aren´t distracted, they don`t have to impress by speedy driving, they do note engage in car races, they don´t fall asleep while driving and they adapt their speed to the traffic situation.

Computers cause way fewer accidents because they don´t make mistakes and they don´t behave unlawful. A computer needs just a nanosecond to respond to a surprising event (like a child on the street), much faster than a human brain. And with the assistance of sensors the computer can respond to the traffic situation (hydroplaning, ice, potholes) much better than a human driver. Fewer accidents mean less lost lives and save a lot of costs for the economy.

Self-driving cars are more efficient, because computers can calculate the optimum speed, track and driving rhythm. Therefore they use less energy to go from place A to place B. Self-driving cars will burn less gasoline which reduces the consumption of fossilized energy and exhaust, dampening the greenhouse effect.

Fewer accidents will translate into lower insurance costs so driving will get cheaper which also will reduce the costs for Uber and taxi rides.

Posted by Gerhard Maier at 7:47 AM

I am an aficionado of Indian food, heavy metal, contemporary art & science fiction who enjoys trave