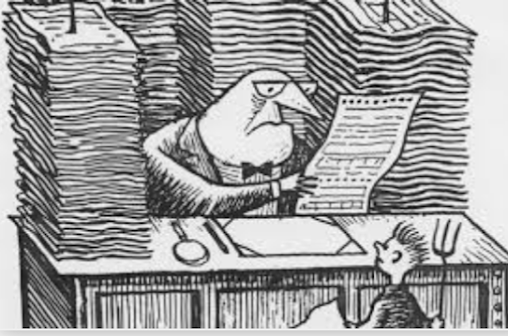 (Drivebycuriosity) - It seems that there is a global spring for antitrust. In China the authorities suspended the IPO of online finance giant Ant Group (with a target of $300 plus billion valuation), claiming that the company may hurt their customers and disturb China`s financial system.  The Chinese government also started an investigation into the e-commerce giants Alibaba (investor in Ant) & Tencent. The regulators want to curb their power, alleging that these companies act as monopolists and that they treat competitors and business partners unfair. Europe is performing a similar attack on the global online giants. The allmighty European Commission began an investigation into Amazon, assuming that they "illegally distorted competition" and abuse their dominance. The authority also started an antitrust investigation in Apple, claiming that they are distorting competition as well. The European Union already extracted about $10 billion from Google for alleged "antitrust violations".

The American authorities are participating in the global antitrust campaign. Recently a bipartisan group of Washington DC lawmakers, the House Judiciary Subcommittee on Antitrust, published a 400 page report, claiming that Big Tech is abusing their market powers ( cnbc). The paper includes accusations against Google, Amazon, Apple & Facebook and contains plans how to regulate them. The coming Biden administration is expected to regulate Amazon, Google, Apple & Facebook stronger than the previous government.

It seems there is much in common between American, Chinese & European trust busters. They all want to curb the power & growth of the global mega-companies. Mighty government authorities - and politicians - all over the world are aiming to gain more power and to expand their influence at the expense of the online goliaths.

Apparently they dislike companies like Amazon, Google & Apple which are huge & growing fast, even though that Big Tech operates efficient and provides valuable services for the community, otherwise they would lose their customers. "Customer trust is hard to win and easy to lose" ( Bezos). The trust busters ignore that the Big Tech companies are the engines of global economic growth because they create value with a rapid speed. The current Covid-19 crisis with lockdowns & quarantines would be even less bearable without cheap & fast deliveries by Amazon, useful information provided by Google search & maps and powerful but affordable devices like iPhones, iPads & Macbooks. Customers love Big Tech, otherwise they would shun them, bureaucratic regulators hate them.

The antitrust campaigns are throwing sand into their gears of the global economy and creat friction (washingtonpolicy). The crusade leads to more  bureaucracy which " is the death of any achievement” according to Einstein. New regulations and inquiries reduce the productivity & efficiency of Big Tech companies; they shrink their abilities to further innovate because they are occupying management capacities and are slowing decision processes.

The Big Tech`s strategic thinkers will be preoccupied with new regulations & inquiries and will have less time & energy for innovations. Instead of thinking about new products & services for their customers and to improve existing ones the strategists will have to think about new laws and how to comply with external bureaucrats and investigations. The anti tech campaigns also come with high costs which will lower the capabilities to hire new talents, they also will curb salaries of the employees and translate into higher prices for the customers. Costs & bureaucratic frictions create headwinds which will slow growth of innovative & successful companies and with them the global economy.

There is a negative side effect as well. The anti-Big-Tech campaigns in East & West employ thousands of high paid lawyers and are burning so a lot of tax payers money which otherwise could be used for education or health care. The anti-tech crusades create a lot of highly attractive job opportunities for anti-trust lawyers and bureaucrats which attract many young talents. Instead moving into technology, medical research and other sciences, which would benefit the society, these people are wasting their talents in unproductive skirmishes. As a result the anti-tech crusade will slow down global economic growth and will harm everybody who does not live from the money of the taxpayers.

Posted by Gerhard Maier at 7:40 AM

I am an aficionado of Indian food, heavy metal, contemporary art & science fiction who enjoys trave